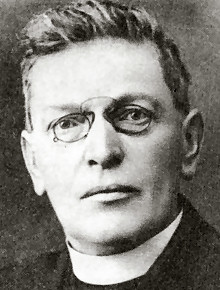 Jindřich Šimon Baar (February 7, 1869, Klenčí pod Čerchovem – October 24, 1925, Klenčí pod Čerchovem) was a Czech Catholic priest and writer, realist, author of the so-called ''country prose''. He joined the Czech ''Catholic modern style'', but later severed the ties with that movement. As writer, he emphasized traditional moral values of the countryside.

Born into a peasant family, he did religious studies and was ordained as a Catholic priest in 1892. As a priest, he strived, unsuccessfully, for reforms in the church. Provided by Wikipedia